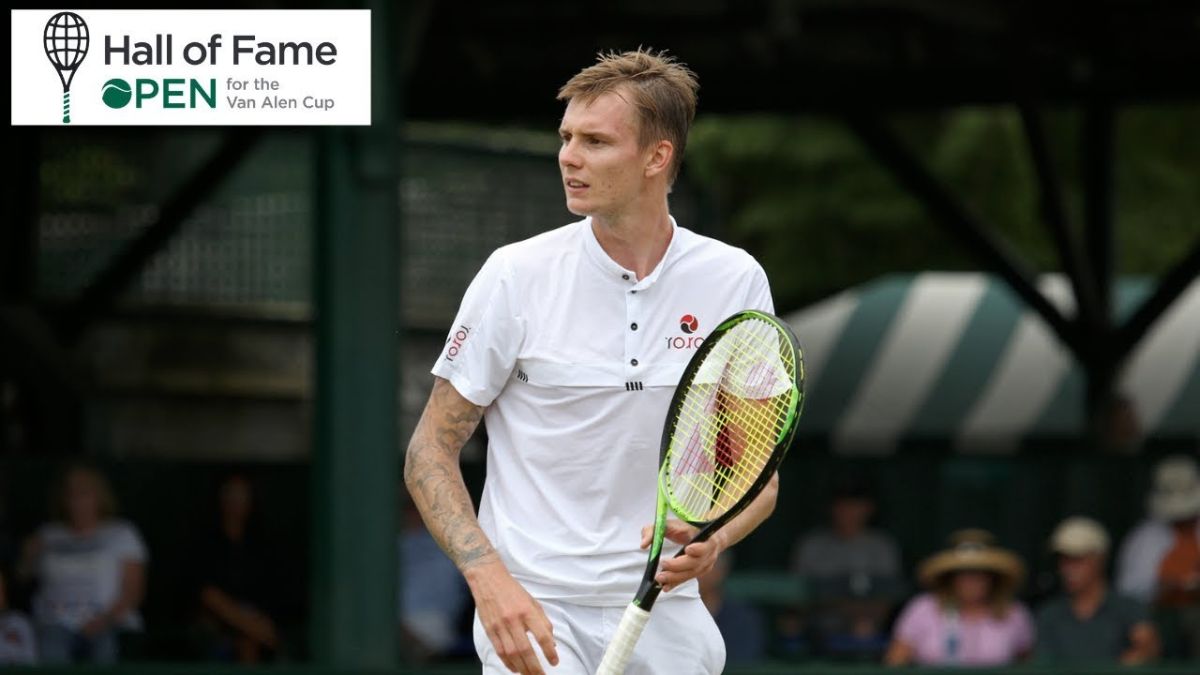 On Monday, Alexander Bublik of Kazakhstan lost to Maxime Cressy in the Hall of Fame Open. It was a highly intense match with Cressy making a comeback and lifting the title.

He had already won the first set by 6-2 and was leading in the second set by 3-0 when the American made an incredible comeback. The comeback in the second round led to the defeat of the Kazakhstani player. He eventually lost the match by 2-6,6-3,7-6.

The defeat didn’t go down well, as during the presentation ceremony Bublik made some harsh comments on Cressy’s victory. The player said:

“You had great luck. Put your whole prize money on red. You’re going to win big.”

The made the American uncomfortable but he tried to ignore the comments. The American then replied:

“I apologize for being lucky”.

The crowd as well as the fans were caught off by Bublik’s gestures. The not-so-gracious attitude of the player, despite the loss, made things worse.

Ecstacy for Cressy and Agony for Bublik

Hall of Fame Open was Maxime Cressy’s first ATP tournament. A year later, the player went on to lift his maiden title on the same court.

The 25-year-old is currently ranked in the 33rd spot. The win in Newport will definitely make him a seeded player for the US Open, next month. The player seems to be extremely happy with his performances so far and might be excited to play on his home turf.

Cressy made a comeback in the final against Alexander Bublik as he won 6 consecutive sets to finally go home with his maiden title. After the win, the player said

“It’s an incredible feeling to win my first title, I never thought I would win it this way.”

“I played my first ATP tournament here, and it’s always an incredible atmosphere. There were a lot of ups and downs today but I’m very proud of myself for fighting through it.”

On the other hand, Bublik looked upset following the defeat.

The Americans definitely would be rooting for the player to lift his first Grand Slam title on his home turf.