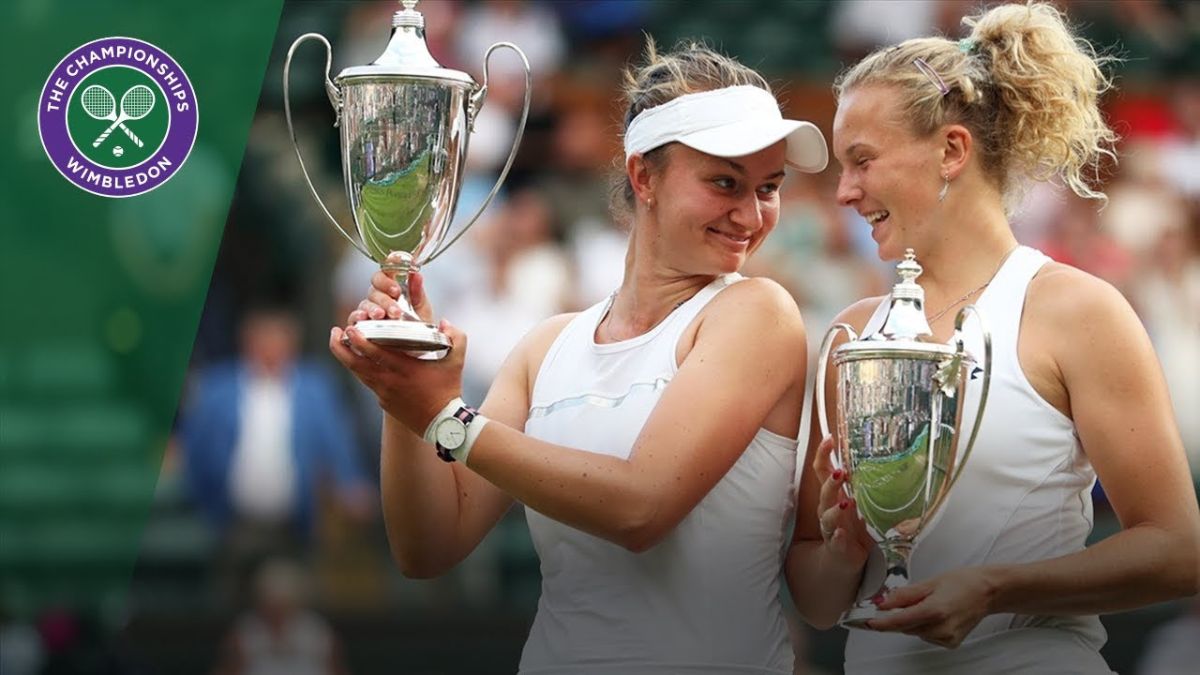 The Czech duo, Kateřina Siniaková, and Barbora Krejčíková lifted the Wimbledon Women’s Doubles for the 2nd time. They defeated Elise Mertens and Zhang Shuai by 6-2,6-4 in the final.

This was their 2nd Wimbledon title after claiming the 1st title in 2018. The final lasted for 67 minutes where the top-seeded Mertens and Shuai after a couple of better starts started losing the grip against the Czech duo. The winning pair broke early to take a 3-0 lead over the top seed and then never looked back. Siniaková and Krejčíková came into the tournament as the 2nd seeded, after sustaining the pressure and winning the tournament was celebratory for both tennis stars.

On the other side, the top-seeded Mertens and Shuai were looking for their 1st Wimbledon title together.

Mertens already won the Wimbledon title in 2021 alongside Su-Wei Hsieh and has 3 Grand Slam titles. While Shuai has two titles but was searching for her 1st Wimbledon victory.

The domination of the Czech duo was so much that they only dropped 1 set en route to their fifth Grand Slam victory.

The men’s double final lasted for about 4 hours whereas the women’s doubles took fairly less time.

The Croatian pair have won 14 titles after coming together for the first time since the Australian Open 2021. They became the first Wimbledon champions to save match points in multiple matches. Previously they saved three match points in their first-round match and five in their semi-final.

The pair will now look forward to recording their consecutive Grand Slam wins in the US Open.