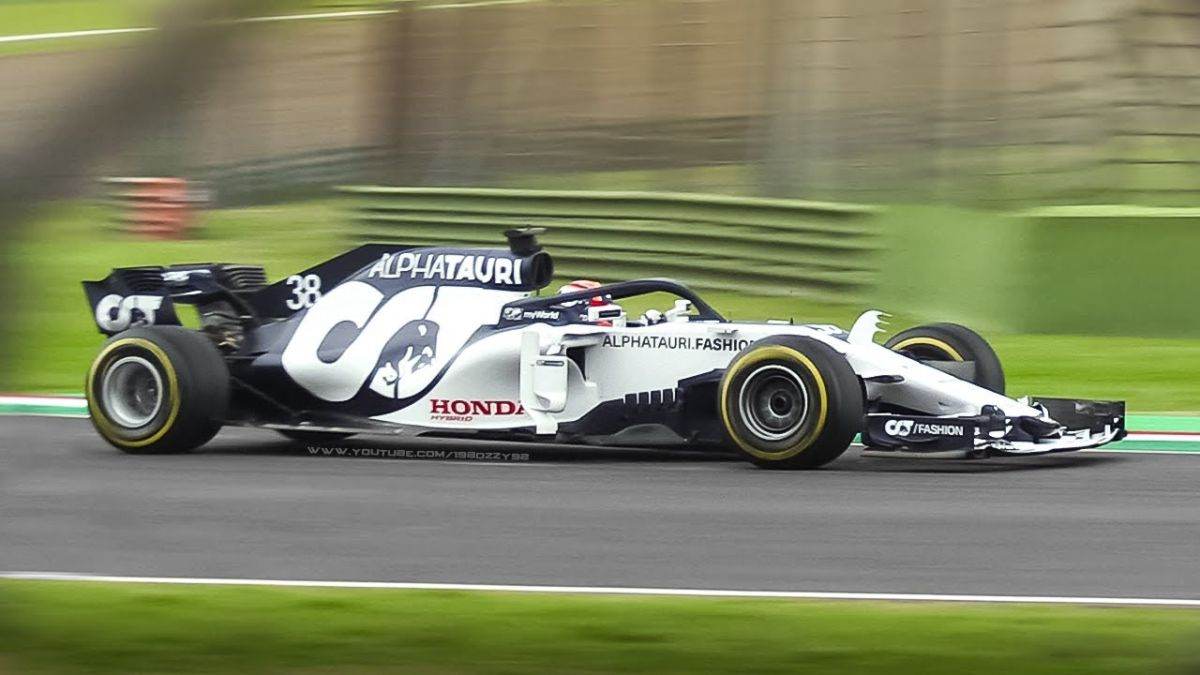 Yuki Tsunoda stopped at the side of the track after exiting the pit lane triggering a Virtual Safety Car on lap 48 working in favor of Max Verstappen.

Verstappen and Red Bull were struggling to make the right strategic call to tackle the Mercedes threat. However, Tsunoda’s VSC helped the team with a cheap pit stop.

Tsunoda reported that one of his wheels were lose or seemed too him. His engineer told him to come back to the pits claiming it was not the case. The Japanese slowly crawled back to the pits.

The pit crew fitted new tyres on Tsunoda’s car while checking something around his safety belt.

Tsunoda was then told to exit the pit lane only to stop again and retire this time. The Japanese stopped on the side of the track at a safe spot triggering the Virtual Safety car.

the Japanese driver’s race engineer said on the radio.

Many F1 fans doubted this retirement claiming it to be a way for Red Bull to sabotage the race in favor of Max Verstappen.

Everyone knows that Alpha Tauri is the junior team of Red Bull. People believe that it was a deliberate attempt to help Verstappen get a cheap pit stop.

Hamilton was closing in on Max Verstappen as he had fresher hard tyres. Verstappen needed a pit stop otherwise he would become easy prey for the charging Hamilton.

However, doing a pit stop at that stage of the race meant losing a crucial track position. Verstappen would have come out behind Hamilton if he pitted at that time.

Verstappen still might have managed to get past the Briton however, it would have taken a lot of time and hurt his tyres.

However, many also claimed otherwise. It doesn’t make sense for Red Bull to risk so much to just assure that Verstappen wins a race in a season that is pretty much wrapped up in his favor.

Moreover, Verstappen might still have managed to win the race even without the VSC, and even the safety car triggered later due to Valtteri Bottas on lap 55.

Max Verstappen comfortably leads the championship by 109 points ahead of Charles Leclerc and teammate Sergio Perez who are jointly in the second position with 201 points (Dutchman has a total of 310 points to his name).

Red Bull lead constructors with 511 points to their name. They have a 135 points advantage over Ferrari.