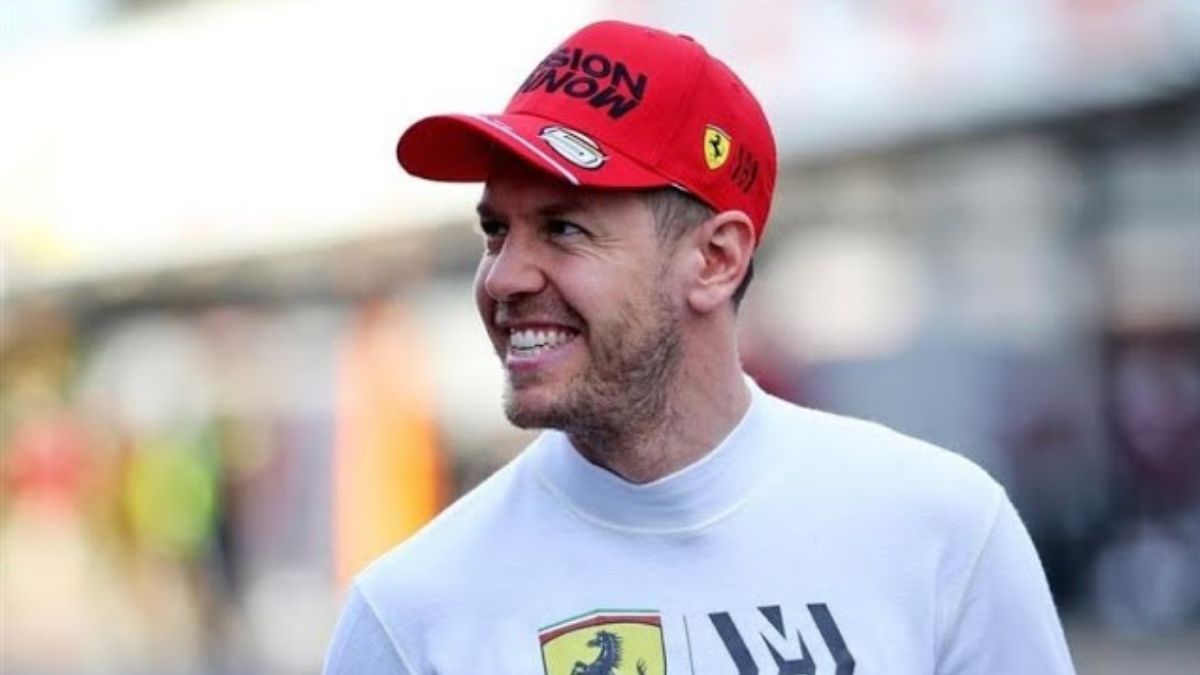 Aston Martin driver and four-time world champion Sebastian Vettel is to retire from Formula 1 at the end of the 2022 season!

The German driver who made his Formula One debut back in 2007 announced his retirement through a video on Instagram. The ex-Red Bull driver had recently made an Instagram account (his first adventure on social media).

Vettel won four Championships with Red Bull continuously from 2010-2013. Vettel moved to Ferrari in 2015 following the regulations change. With Ferrari, Vettel challenged the dominant Mercedes from 2015 to 2018. However, his six-year-long stint with Ferrari was also not a huge success either.

Vettel is driving for Aston Martin since 2021 but has failed to yield any impressive results.

Following his unsuccessful seasons, there were mounting speculations about his future in the sport.

An emotional farewell to the legend

“I have had the privilege of working with many fantastic people in Formula 1 over the past 15 years – there are far too many to mention and thank,” said Vettel.

“The decision to retire has been a difficult one for me to take, and I have spent a lot of time thinking about it; at the end of the year I want to take some more time to reflect on what I will focus on next; it is very clear to me that, being a father, I want to spend more time with my family.”

“But today is not about saying goodbye. Rather, it is about saying thank you – to everyone – not least to the fans, without whose passionate support Formula 1 could not exist,”

Vettel expressed gratitude for the support of fans.

Of course, Sebastian Vettel’s seat will be big shoes to fill in. Nevertheless, the Formula one market is open now as people wonder who takes the seat alongside Lance Stroll in Aston Martin.

“I want to thank Sebastian from the bottom of my heart for the great work that he has done for Aston Martin over the past year and a half. We made it clear to him that we wanted him to continue with us next year, but in the end he has done what he feels is right for himself and his family, and of course we respect that.”

Sebastian Vettel retirement speculations were being made for quite a while now and the legend surprised the whole world.

A Legend of the sport who rewrote the record books. Let’s take a look at the celebrated career of the four-time world Champion.

From the rookie who shook the world to his surprising retirement from the sport: a look at Sebastian Vettel’s career.

Sebastian Vettel was just 18 years old when he made his debut in Formula one. He drove as a replacement of Robert Kubica for BMW in the 2007 United States Grand Prix. Vettel started 7th and finished 8th making him the youngest driver to finish in points.

But, this was just a start of an incredible career.

Sebastian Vettel moved to Toro Rosso later in 2007 only. Later in 2008, at a rain-affected Italian GP, the young German scored his first victory at an age of 21 years, making him the youngest driver back then to win a race. A record that would only be broken by Max Verstappen when the Dutch won the 2016 Spanish GP.

Seb’s win remains Toro Rosso’s only win before the team was changed to Alpha Tauri in 2020.

After a couple of successful seasons with Toro Rosso, Vettel moved to Red Bull in 2009 replacing the retiring David Coulthard.

From there, Vettel reached his peak winning four back-to-back titles with the Bulls.

Sebastian Vettel has 53 race wins to his name (third highest in the tally) alongside with 57 career poles and 122 podium finishes.

He holds the record for most consecutive wins in a Formula one season. The German went on to win 9-consecutive races in the 2013 season.

The 2013 season included 13 Grand Prix victories, which equaled seven-time world champion Michael Schumacher’s record for most wins in a season.

The Legend will also enter the elite 300 race starts club which Hamilton entered recently after the 2022 Abu Dhabi Grand Prix giving a perfect ending to his remarkable career.

F1 stars react to Sebastian Vettel retirement, paying their tributes to the Legend

F1 world has mixed emotions at the moment as the news takes on everyone by surprise.

Everyone is paying their tributes and thanking the Legend for the memories he gave.

Teams from Red Bull to Aston Martin also paid their respective tributes to the Legend.

We, here at Six Sports also pay our farewell to the Legendary driver.

Arsenal have reportedly four midfield options on their transfer list incase they miss out on Moises Caicedo.

Arsenal have reportedly four midfield options on their transfer list incase they miss out on Moises Caicedo. However, the Gunners are also...