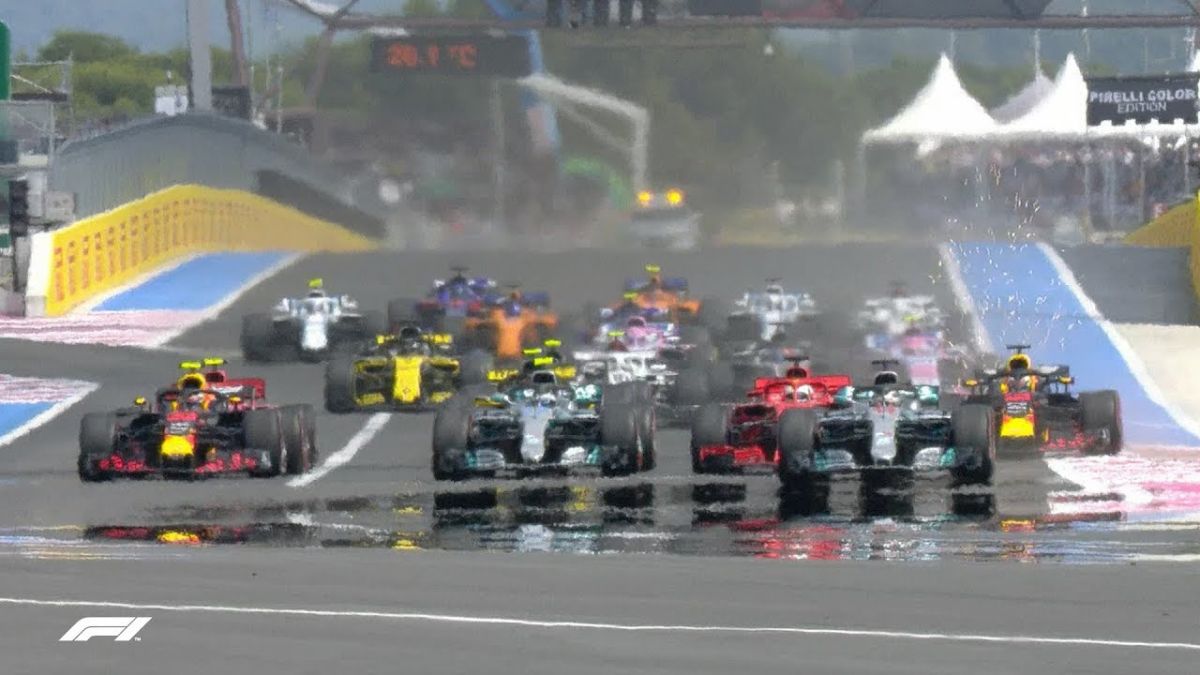 FIA stands firm on track limits at French GP. Race director warns of an even tougher stance at Paul Ricard.

Max Verstappen came out to criticize the stewards and FIA for the track limit violations stating it was a ‘joke’.

“But like track limits, I think the track limits debate this weekend has been a bit of a joke, not only in F1 but in F2 and F3. It’s easy to say from the outside, ‘yeah, but you have to just stay within the white lines.”

The Dutchman had 2 track limit warnings at the Austrian GP.

“You can’t see the white lines, it’s just guessing and I’m obviously not good enough at guessing. Even sometimes, like I got a warning from Turn 1 and it was just a complete mistake. I lost time, so when you look at it that way, I can say it’s a bit stupid.”

Drivers have already predicted the potential crisis at the French GP arising from track limit violations. We at Six Sports warned you beforehand about that, you can read about it in detail here.

Even after the protests from drivers, the FIA stands firm on its ground.

FIA to impose even harder measures at Paul Ricard

Race director Eduardo Freitas has taken an even tougher stance ahead of French Grand Prix.

The drivers won’t be happy to see the race director’s initial note – there will be more this weekend, as race director Eduardo Freitas prepares on doubling down.

“In accordance with the provisions of Article 33.3, the white lines define the track edge. During qualifying and the race, each time a driver fails to negotiate with the exit of Turn 10 (the infamous, high-speed Signes), will result in that lap time and the immediately following lap time being invalidated by the stewards.”

Paul Ricard is a test track. The presence of tarmac around the corners means one can genuinely go off-track and gain time. The smooth track surface is like an invitation for drivers to go off-track. Moreover, last year’s race saw many drivers going off track and gaining lasting advantages at the end of the race.

With this in mind, FIA has made clear that it will be monitoring the track limits without any leniency.

Fluorescent yellow and red/white boxes have been placed at different corners of the track. This is to indicate track rejoining path after a driver goes off the track.

Two yellow boards were placed on the inside of the kerb at turn 2.

Any driver who runs off at turn 2 to the right must completely go to the right bollard and rejoin the track by driving right and left around the two red/white blocks in the run-off.

On the inside of left-hander turn 4 after right-hand turn 3, a fluorescent yellow board has been placed inside the apex of the corner.

Drivers who miss the turn and run off to the left of the board must stay left. They should rejoin the track by driving to the left of two red/white blocks in the run-off before Turn 5.

FIA issued further instructions for drivers who go straight off at turn 8 of Mistral straight. The driver must rejoin the track after driving past four arrays of red/white boxes.

The race director’s note is accompanied by pictures of the turns and blocks to help better understand.