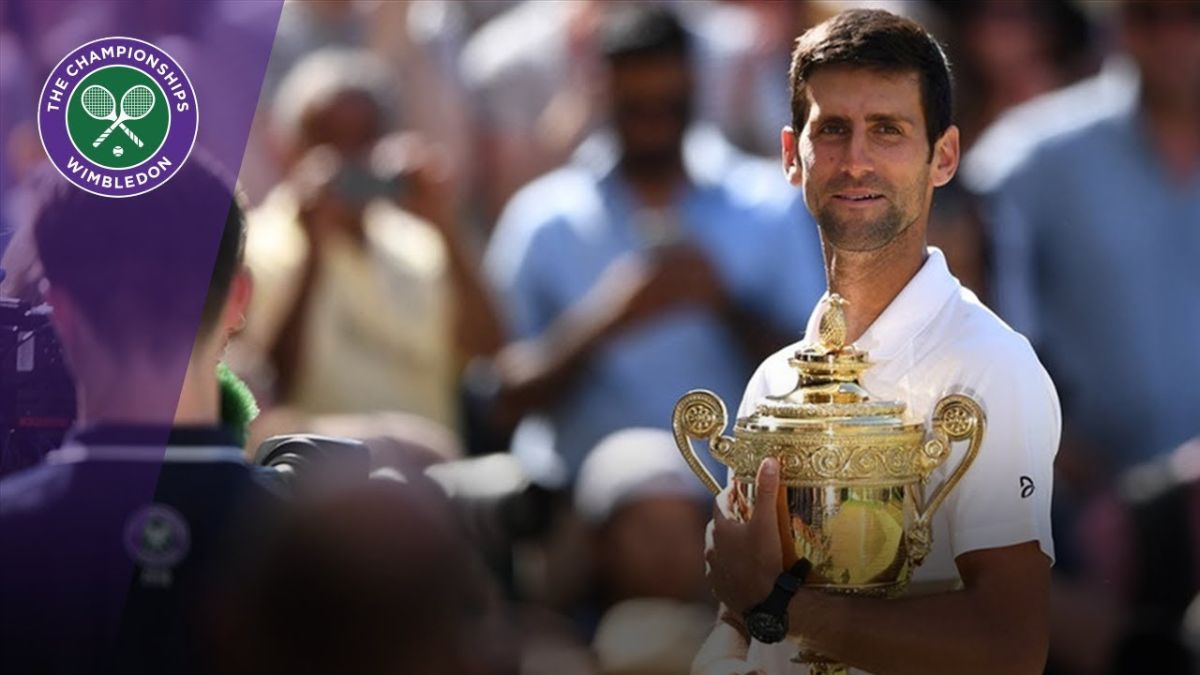 Roger Federer(8), Pete Sampras(7), and Novak Djokovic(7) are the three players who have lifted the Wimbledon Men’s Singles trophy, the most. But did they ever figure out the reason behind the Pineapple fruit on top of the prestigious trophy?

Novak Djokovic took home the prestigious trophy for the 4th consecutive time. Nick Kyrgios lost to the Serbian on Sunday, July 10, 2022, with the UK tennis tournament drawing to a close for another year. Now Novak is just one behind the all-time highest holder of the trophy, Roger Federer.

The Gentlemen’s Singles Champion receives a silver-gilt cup, which is 18.5 inches in height and 7.5 inches in diameter. The trophy’s been first awarded in 1887. It bears the inscription ‘All England Lawn Tennis Club Single Handed Championship of the World‘.

The intriguing part of the trophy is its top portion which bears the juicy pineapple fruit. Ever wondered about the presence of the fruit on the trophy.

Why is there a Pineapple on the trophy

The exact reason for the presence of Pineapple on the prestigious trophy is not clear, though the fruit being the rarest of all during the 19th century is the most profound explanation that exists.

It is explained that Christopher Columbus returned from an expedition to the New World with pineapple fruit in 1492, but they were still the rarest in Western Europe. The Europeans became familiar with the fruit after their commercial production in the early 20th century.

The fruit was considered as a status symbol back then, due to its rarity. When Wimbledon began in 1877, only the higher society used to possess the fruit. The consideration of fruit as a symbol of prestige started then. The player winning the Wimbledon holds the respect of the English crowd and the pineapple defines the approval.

“Yes, it is a pineapple adorning the top of the Wimbledon gentlemen’s singles trophy, but no, no one seems to know why.”

Of the world’s 4 Grand Slam Tournaments, Wimbledon is the one that captures the imagination of the players and the spectators alike. The sense of history and occasion has the highest regard. The rarest pineapple fruit is the respect and salutes from the entire England to the coveted Champion.