The Liverpool board have got a confidence booster in their pursuit for Borussia Dortmund striker Erling Braut Haaland. Recent reports suggested that Real Madrid have ruled out the possibility of signing the Norwegian.

The DFB Pokal winner with Dortmund, Haaland is often called the world’s best young player. The player has been ruling the Bundesliga alongside Bayern Munich‘s Robert Lewandowski for the last 2 seasons. The BVB talisman has already scored 13 goals in 10 games this campaign, in spite of suffering from an injury.

His utter dominance and attacking prowess have attracted all the football giants, especially Real Madrid. However, their sudden withdrawal from the prospects of acquiring Haaland has changed the equation completely. With the Spanish side out, Liverpool seems to have gained a spirit of competition for the 21-year-old striker.

Real Madrid withdrew their plans for Haaland in the belief that the player will likely make a move to the Premier League. Another major reason to divert their attention from the Norway international is their interest in Kylian Mbappe. The Frenchman has been linked to the Los Blancos since last year. The player has made it clear that his primary move is to the Santiago Bernabeu.

Premier League clubs Manchester City, Manchester United, and Chelsea are also in contention to sign Haaland. The Liverpool board is now optimistic about getting the player to Anfield. Madrid were the biggest barrier for the English teams, but with them out of the way, the rivals will now be in competition to get the player’s signature.

In the 2020/21 season, Haaland registered 41 goals and 12 assists in 41 appearances across all competitions. The player’s tall and strong physique bagged by his speed and energy, have made him one of the toughest no.9 in the world. (stats via TRANSFERMARKT)

The Reds’ need for Haaland’s services

The Norway international is the best player for both his club and country and being at the start of his career, he is both ambitious and determined to go higher than his current level.

Liverpool’s most goal contributions come from their wingers Mohamed Salah and Sadio Mane, and playing in between the two is either Roberto Firmino or Diogo Jota, who play as the team’s no.9.

However, both the players are not actually no.9s and hence play out of position in Klopp’s system. They tend to play a bit deeper to create spaces for their wingers to run through, hence increasing their effectiveness. With Firmino now in his 30s and Jota being injury-prone, Jurgen Klopp is looking for a young striker at Liverpool upfront and there is no better choice than Haaland. 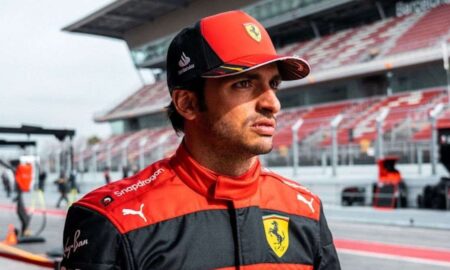